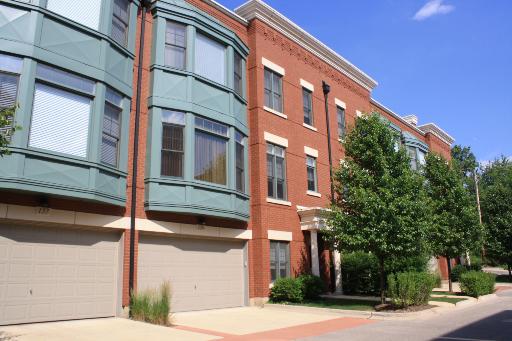 This project is a multifamily project which reclaimed former Industrial land along a major river in a former mill town outside of Chicago. Long vacant these parcels sat idle along an active riverfront near an attractive cluster of historic commercial structures and stately masonry warehouse buildings being actively redapted for retail and commercial uses such as restaurants and theaters. The developer and lead architect, Pappageorge Haymes chose to pack the site with a courtyard arrangement of traditional Italianate styled Rowhouses with a strong street wall effect along the river side.